Are We Being Covertly Drugged?

Drooling. We associate it with mental illness do we not? Those who read my book Wayang may recall the story about my experience with involuntary drugging, legal in Canada, and how the drugs disabled my brain and almost drove me to suicide because the side effects were so severe. Drooling at night was one of the side effects, after I managed to escape the mandatory treatment the drooling subsided. It's the only time i had ever experienced such a thing. You may also recall the terrible skin condition I suffered, and the fact that my periods stopped. My periods also returned to normal, however I had to discover shielding before my skin would get better. In my book I tell the story about how i discovered the relationship between electromagnetic sensitivity and my skin problems, however it was farther research which taught me the relationship to the drugs. If you would like to learn more about electromagnetic hyper sensitivity 9EHS) I recommend these two doctors: Dr William Rea and Dr Lisa nagy. They both have excellent videos on YT which educated me on these related issues.
EHS is not recognized in Canada, even though it can be fatal, and mandatory psychiatric Drugging is legal too, both of these issues must be addressed by the canadian community, as the effects can be devastating. Even before 5G has been rolled out I have found myself confined to a faraday cage and a slave to EMF shielding. I am one of the lucky ones to have learned how to take care of myself.
Life levelled out, I upgraded my shielding as the 5G torture kicked in, made new clothes and life carried on until early this spring when my skin began to break out again, severely. Ichecked my faraday cage for leaks, made new clothes again, but was still losing my battle. It was very worrisome. At the same time, my periods faded away again and I simply suspected it was natural. Menopause. I had just turned 50.
I continued to cope with my skin as best I could and then this virus thing happened. There were lots of changes, I noticed the local grocery store was offering lots and lots of bottled water, why was this? What was the reason for all these stacks of bottled water? Was it effective for treating the virus? It was puzzling.
Then, out of the blue, I began drooling at night!  Then the documentary Out of Shadows exploded on the internet. In that video they mentioned how theoretically an entire city could be disabled by putting drugs in the water and my light bulb went on.
I went to the store and bought myself some of that bottled water, even though I had been diligently filtering my water.  Within a month, my skin got better, the drooling stopped and my periods returned.
I don't know if they are drugging the water, but it begs the question. I wrote this because I hope that people who are in a position to look into these things can perhaps do so. After all, mandatory drugging is legal in Canada and EHS can be fatal.
Posted by Anna Van Oort at 13:34 No comments:

I've mentioned this before: there are 2 things going on with my health, but I am afraid to speak about the second lest our fragile-minded society accuses me of Mental Illness; an 'illness' that Health Canada feels needs to be treated with a chemical lobotomy to immobilize my brain. Not only am I EHS, hyper sensitive to ambient electro-smog, but I'm getting nuked by Directed Energy Weapons, too. Here's a mainstream publication acknowledging them:

Story @ 11:00: I've been burned very badly since fall of 2012 when the Smart Meters were installed. That's almost 8 years of weapons grade burn torture I have endured and has been allowed by Health Canada. Health Canada argues my skin burns are psychosomatic. The general public buys into this. I don't know what is worse. Being burned alive, tortured to death by EMF weapons or being accused of making it happen with my own mind by an uncaring and ignore-ant society.

Is the explosion at 18:00 not eerily similar to the Columbia Space Shuttle explosion?

Who is doing this? Taxpayers are funding this? Does anybody care? If no one cares then everyone can expect the same to happen to them. Let's have another look at what happened to California...

True Care is a Primal Need; without it our species will not survive. It's time for Humanity to start caring about one another.

Education Is The Answer

I was already suffering EHS symptoms (unbeknownst) when I was sentenced to a lifetime treatment of Risperdal, an anti-psychotic drug that is riddled with lawsuits in the USA. Here in Canada it's prescribed to ppl against their will and there are no laws to protect them; I know this because it happened to me when I asked for an investigation into SRA in my family. Luckily I managed to get off them, but it was this treatment which made me so sick that I ended up having to live in a faraday cage and it's probably for the rest of my life. I tell the harrowing story in Wayang if you are interested in reading it.


This excellent video explains EHS (Electromagnetic Hyper Sensitivity) and it's relationship to drugs.


This excellent video explains how dangerous these drugs are.

The Risperdal treatment is a chemical lobotomy, basically. This excellent video connects the treatment to the MKUltra program

I would never have guessed my new watermeter was 'smart', I discovered it. Here's my story.

First of all, I have watched the video 'Chemical Sensitivity in the Average person' by Dr L. Nagy, so I was aware that mould issues were related to EHS, however up until this time, I didn't have an experience with mould to reference.

July 2018.
This summer I went to the lake with almost completely clear skin for the first time in over 10 yrs and was doing really well, planning a bikini photo shoot to show off my shielding success.
I was too tired however. Suddenly I was needing to have naps in the afternoon.
The forest fires ruined the summer and I never made it to the lake in August, another reason the photo shoot didn't happen.
Meanwhile, I was coming home from work and smelling mould. I immediately suspected condensation behind the foil on my walls, or a leak in the ceiling, and explored, but didn't see any evidence of water or condensation or mould.
I fell off my home-baked goods only diet and began pigging out on Safeway bakery because I was so tired and cramming to write my latest book Wayang, plus we had an asshole living with us who made the kitchen uninviting.

September 2018.
I was developing a rash again. I bought new shielding, it helped, but not enough. I noticed the rash flared up after eating sugary donuts, so I wondered about that video again; Dr Nagy talked about food allergies, so I quit my Safeway bakery binge and went back on my diet.

October 2018.
My hair was falling out again. The rash was getting steadily worse. I was noticing the problem was local, at home and extra bad outside my faraday cage.

November 2018
The rash wan't responding to my diet. Suddenly I was getting really sick again, too. The rash started to get really bad, it was starting to do the pus-thing again, the rash was really hot, my skin was literally 'burning' and I got really scared. Added to that my joints were becoming so painful I could no longer ride my bike and computer work was becoming very difficult again. Meanwhile, I was no longer needing naps all the time, so in that respect I was getting better.
I wondered then what had changed since my skin and joints got so bad. Obviously it wasn't caused by my diet change, although my diet did seem to exacerbate it. So I wondered about the missing foil on my wall and decided to put it back up. While I was putting it back up around the water meter I was getting really badly burned. So I had a closer look at it and noticed an electronic wire leading from it, and wondered if it was perhaps a 'smart' meter?
I could literally feel the relief as I hung up the foil. Within 24 hours my skin rash temperature dropped to normal skin-temperature and stopped getting worse. Within a week my skin was starting to heal.

December 2018
I'm feeling stronger again, and the rash has continued to get better.
Conclusion: The new Water Meters are 'Smart Meters' too. rash and hair loss were typical EHS symptoms. I was tired and needing to nap rom the mould. 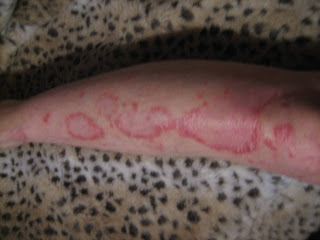 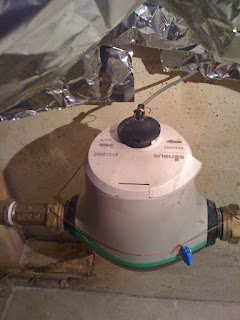 Today on October 13, 2018 my book Wayang is available on Amazon in paperback format. It's not just my story, it's also an investigative report for the purpose of releasing others from this story. I hope you can stomach it, mind control truth is one of those bandaids that hurts when it get's ripped off. Here is a copy of the Introduction. 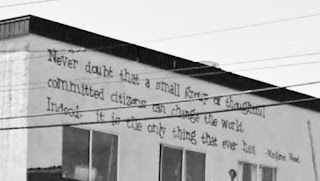 
Finally, around half way through the book you may find yourself feeling quite upset, just like I was during that stage, myself. This book isn't designed to leave you abandoned and upset. By the end of the book I hope you will see that by understanding these things, we really can overcome them and be a part of the solution. It's the journey to the bottom of Pandora's Box that's upsetting, however it is of my sincerest opinion that Hope really does lie there, waiting to be seized.

An ancient Reptilian reference to biological EMF? An informational video by Brien Foerster

Cross reference with some Reptilian Philosophy by Mark Passio.